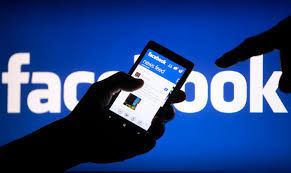 The biggest Social Network Facebook has revealed or announced that it will be shutting down the three apps. Those Three apps are Hello, Moves, and tbh. The company as told the reason for shutting the apps is due to low usage.
#1 Hello

The Hello app was launched in the year 2015 for Android platform in the Country Brazil, Nigeria, and United States. This app was used by the users to combine information from Facebook with the contact information on their phone. It will be deprecating Hello in a few weeks.

#2 Moves
Moves app allows the users to record their daily activities including walking, cycling and running which is related to fitness. Facebook purchased this fitness app in the year 2014. This app will be deprecating very soon by  the Facebook the date revealed is likely on 31th of July.

#3 tbh
This sounds like unknown, yes this app from this list the last app
This app was owned by the Facebook last year. It is an an anonymous social media app for high school students in the US.


The Facebook also revealed that it will delete all the user data from this three apps within 90 days.

What the Facebook says about it?
In an official blog post the Facebook said, “We regularly review our apps to assess which ones people value most. Sometimes this means closing an app and its accompanying APIs. We know some people are still using these apps and will be disappointed — and we’d like to take this opportunity to thank them for their support. But we need to prioritize our work so we don’t spread ourselves too thin. And it’s only by trial and error that we’ll create great social experiences for people.”

Recently, it was reported that Facebook is testing a snooze feature which will enable the users to mute some posts for a period of 30 days. These posts will be related to some keywords. Facebook confirmed that it is testing this feature to TechCrunch who reported, "That the feature is rolling out to a small percentage of users."