Be aware 🔥‘Agent Smith’🔥 has arrived at Android devices and apps | Here’s are the list of apps which are infected.❌ 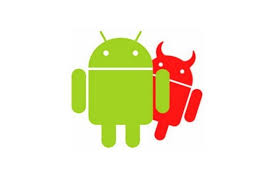 
👉 How does ‘Agent Smith’ Malware works?


👉 How it has badly impacted on 25 Million devices?


👉 How to know if your Android phone or app has been infected by ‘Agent Smith’ malware?.


👉 How should I prevent this attack or how should get out of it?


👉 List of apps infected by the Agent Smith attack on Google Playstore.


Hi, Friends TechYk here,Today we will be discussing the dangerous Android malware/Adware 🔥Agent Smith🔥 here at our TechykBlog. A current trend of Android malware has infected 25 million devices and modified genuine apps with a malicious ads module, according to a report by the security company Check Point.

Before proceeding further we should know what is ‘Malware’?

Malware is something that affects all platforms, be that smartphones, tablets, and desktops. We should avoid using infected mobile apps, websites, software, and don’t ever download the cracked game, software, scripts, apps. This may contain the ‘Malware’ which is really dangerous to one's privacy and the data. But now we can see that the original apps and games are infected by ‘Malware’. Malware is any software intentionally designed to cause damage to a computer, server, client, or computer network.

It's considered the malware originated from a Chinese internet company that helps Chinese Android developers to publish and promote their apps in international markets. The malware was hidden as Google-related updaters and "vending modules," which dropped its own app icons and automatically substituted already-installed legitimate apps with its own version without the user understanding. This leads the researchers to name the malware "Agent Smith" because its function is related to the character in the film The Matrix of the same name.

👉 How does ‘Agent Smith’ Malware works?

We have seen What is 🔥‘Agent Smith’🔥? And sure you have just had an overview of it. So, now we will see how ‘Agent Smith’ works. From the below pic of ‘Agent Smith’ malware working, we can clearly figure out that : User Download’s the infected app. The app listens for the C&C commands and ads commands. The user opens the app and the ads are displayed which was not placed by the developer. It was loaded by the malware and this leads to data leak and Ad fraud. Be aware 🔥‘Agent Smith’🔥 has arrived at Android devices and apps | Here’s are the list of apps which are infected.❌ Working of "Agent Smith' malware Usually, Agent Smith malware covers itself in sex-related apps, photography apps, and games. As soon as the app is installed on the phone, Agent Smith makes full use of permissions users of the phone has freely given. It is well settled that users often accept all permissions while installing an app without even checking.

👉 How it has badly impacted on 25 Million devices?

The malware first appeared in famous third-party app store 9Apps and targeted mostly Indian, Pakistani and Bangladeshi users. Though, of the 25 million affected devices, 303,000 infections were detected in the US, and 137,000 in the UK.The apps that have been infected by this malicious malware include the most popular and most downloaded apps like WhatsApp, Flipkart, Opera Mini Browser, as well as some of the software from Lenovo and Swiftkeys.The malware scans the app installed on infected smartphones and the malware patch the apps with the malicious ad code modules and re-installs it on users device without knowing the user. For the user, it looks ordinary app but it has been infected by the ‘Agent Smith’ malware. Once the re-install and update have completed the malware owner starts earning by showing/displaying ads on the most used and popular app. Check Point assumes the same malware could also be used for more malicious i intentions such as credit card theft, with the organization report declaring, "due to [the malware's] capacity to hide its icon from the launcher and represents any popular existing apps on a device, there are infinite opportunities for this sort of malware to harm a user's device."

👉 How to know if your Android phone or app has been infected by ‘Agent Smith’ malware?.

Check Point has cleared that it has informed Google about its research on ‘Agent Smith’. Google has subsequently cleaned the Play store to delete the apps that had been infected🙂.While Check Point notes that no malicious apps live Google Play Store, it is really possible that your Android phone may still host this malware.😔If you are seeing too many ads on your phone, especially shabby or suspicious in nature. Which had been never before then it nearly confirmed it is infected.😔


👉 How should I prevent this attack or how should get out of it?

As I said before, We should avoid using infected mobile apps, websites, software, and don’t ever download the cracked game, software, scripts, apps. This may contain the ‘Malware’ which is really dangerous to one's privacy and the data and avoid downloading from third-party stores such as 9Apps.If you checked and confirmed that your device is had been infected first and most important scan the device with the anti-virus.If now also the malware is hosted then deleted the app data of the most popular apps and don’t forget to delete the cracked apps and games.Or the apps and games downloaded from the unknown sources. Factory reset strategy is a recommended solution for this malware. Be sure to back up the important data first and scan that data with antivirus.Now make sure while installing apps on Android device review and check only required permissions only. Check for suspicious behavior of apps.

👉  List of apps infected by the Agent Smith attack on Google Playstore.

Although Google has deleted the Infected app from Google Playstore we should check we have this app installed on Android device and make sure you have deleted❌ these.

Thanks for giving your precious time for reading this post about ‘Be aware 🔥‘Agent Smith’🔥 has arrived at Android devices and apps | Here’s are the list of apps which are infected.❌’ on TechYkBlog
If you find this helpful please do share because ‘Sharing is Caring’  and help your friends and family to prevent them attacked by ‘Agent Smith‘ malware.
So be aware stay updated with us.
And Thank you once Again !!!
Have a nice day.🙂🙂🙂